In A v B (2021) Ch D (an ex tempore unreported judgment details of which can be found at [2021] 3 WLUK 312) Deputy ICC Judge Baister, at a preliminary hearing of a winding up petition to consider whether it was likely that the court would be able to make an order under ss. 122(1)(e) or 221(5)(b) Insolvency Act 1986 having regard to the coronavirus test, found that it was likely and ordered the petition to be advertised and listed in the winding up list.

The petitioning creditor relied on a judgment debt for £113,200 dated 14 November 2019 and payable on 27 November 2019. A time to pay agreement had not been adhered to by the company. The petitioner had served a statutory demand on the company but did not rely on it for the purposes of the preliminary hearing; it elected to rely on s 123(1)(e) of the Act.

Under Sch.10 Pt 2 para. 2 Corporate Insolvency and Governance Act 2020 a creditor may not during the relevant period (27 April until 30 September 2020) present a petition to wind up a company on the basis of the company’s inability to pay its debts as they fall due unless the creditor has reasonable grounds for believing that covid has not had a financial effect on it or that the ground would apply even if covid had not had a financial effect on it.

In this case the court found that the insolvency dated back to November 2019, before the coronavirus provisions took effect; and although the company did not appear and was not represented at the hearing, an email to the court and the petitioner from the company’s director, while not totally clear, appeared to indicate that the company's financial position was no worse than it had been in November 2019; so whilst it was almost certainly the case that coronavirus had had some effect on the company, the root of its insolvency preceded the effects thereof.

For fully reported judgments on the application of the test see Re A Company [2020] EWHC 1551, where an injunction was granted by ICC Judge Barber restraining advertisement, and Newman v Templar Corp Ltd [2020] EWHC 3740 (Ch) in which Deputy ICC Judge Agnello QC held that the company had failed to overcome the low threshold of showing that coronavirus had had a financial effect. 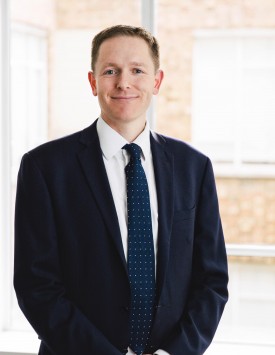