Burningnight Ltd was a holding company of Cornertrack Ltd amongst other subsidiary companies.  The subsidiaries operated ‘bierkellers’ in the UK.  Crowdstacker was a crowd funder that had lent £7.5 million of its investors’ money to both companies, secured by way of a fixed and floating charge.  Crowdstacker had appointed the administrators to Burningnight Ltd, but Cornertrack was a directors’ appointment.  Both administrations had already been extended.

The administrators had conducted a thorough investigation into Burningnight’s affairs.  A claim for the recovery of an unlawful dividend had been identified though it was unclear whether this would lead to any return to creditors.  Crowdstacker faced a ‘significant, if not a total, shortfall in its lending.’

The position as regards Cornertrack Ltd was not much better from Crowdstacker’s vantage point.  Again, they faced a significant if not total shortfall in its lending.  The administrators had however identified a preference/transaction at an undervalue claim, said to worth £3 million.  This claim concerned the way in which security had been provided to the Access Group.  The focus of the claim appeared to be certain adjustments made to the accounting records of Cornertrack which resulted in the level of debt due to Access increasing from £3,260 to £1,515,321 on 31 July 2018 and which were then used to justify two payments from Cornertrack to Access of £1,296,670 and £105,300 on the same day.  Just prior to these adjustments and payments being made various subsidiaries in the Burningnight group granted fixed and floating charges to Access, for a further loan of £1.3 million.

The principal reason behind Crowdstacker’s opposition was a concern over the asset sale in respect of the business and assets of Burningnight and its subsidiaries on 21 December 2018.  Crowdstacker argued that this sale was to an Access company and that the consideration for it took account of the level of secured indebtedness to Access companies of some £2 million.  As a result little in the way of cash consideration was received, (only £30,000 up front and £120,000 over 12 months). Crowdstacker contended that Access should not have been treated as a creditor or at any rate not as a secured creditor in respect of the assets sold given the way in which its security was created (described above.)

Crowdstacker argued that the alternative bidder – Weight Partners Capital LLP (“WPC”) – would have produced a payment of £1.5 million in cash, which would have been a better result for the creditors.

The administrators contended that they were not in a position at the time of the sale to treat the Access security and debt as other than genuine. They said that WPC had in fact withdrawn its offer. They also contended that a sale had to be concluded with an Access company, as the only purchaser available, as a matter of urgency before the value of the assets was lost as a result of action by property and asset lease creditors. They also contended that Crowdstacker was kept fully informed of the sale process   and that the sale was concluded with the benefit of professional advice and assistance.

The Court observed that its discretion to extend an administration is not circumscribed in any way, in Paragraph 76(2)(a) to Schedule B1 of the Insolvency Act 1986.

However, relevant factors have been identified in a number of cases.  These include:

(i)     whether the purpose of the administration remains reasonably likely to be achieved;
(ii)    whether any prejudice would be caused to creditors by the extension, and
(iii)   any views expressed by the creditors.  (Re Nortel Networks UK Limited [2017] EWHC 3299 (Ch) Snowden J).
(iv)   Why has the administration not yet completed?
(v)    Is any other alternative insolvency regime more suitable?
(vi)   Is the extension sought likely to achieve the purpose of administration?
(vii)  If an extension is appropriate for how long should it be granted? (HH Judge Hodge QC, sitting as a Judge of the High Court, in Re TPS Investments (UK) Limited [2020] EWHC 1135 (Ch)).

Whilst these factors are helpful, where there is deadlock between a creditor and an administrator, the Court will give great weight to the interests and desires of creditors.  (Re Hellas Telecommunications (Luxembourg) II SCA [2011] EWHC 3176 (Ch)).

As there was little more to do in the administration of Burningnight Ltd, the Court declined to extend the administration and ordered that the company be put into compulsory liquidation after the existing administration period ended.  The Court has an ‘exceptional jurisdiction’ to make such an order and this was one such case (there being no petition on foot, Lancefield v Lancefield [2002] BPIR 1108 applied.)

The Court agreed to extend the administration by six months.  This was because the objective of the administration to achieve a better return to the creditors might yet be achieved.  The court referred to the sale of a remaining asset and the £3 million claim and the disruption likely to be engendered by immediate liquidation to both of these processes.  Furthermore, Crowdstacker was not the only interested creditor.  The proceeds of the claim would not be caught by Crowdstacker’s floating charge (pursuant to Section 176ZB IA 1986) and unsecured creditors with large claims did not oppose an extension.  It was also suggested that the liquidators of Burningnight could investigate Crowdstacker’s complaint and that any further claims could be assigned to those liquidators or to Crowdstacker.

The case is useful reminder of the factors that the Court will consider before exercising its discretion to extend an administration or, to put a company into liquidation, in the absence of any petition.

The Court also issued a timely reminder that e-bundles must only contain essential documents and that Counsel’s advice should be sought as to what was ‘essential’ in context. 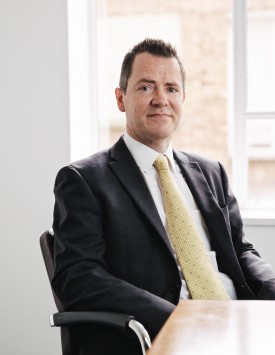