Blackpool Football Club (Properties) Ltd v Cooper & Anor [2021] EWHC 910 (Ch) deals with the circumstances in which the permission of the court is needed to bring proceedings against court appointed receivers. The question arose in proceedings by Blackpool Football Club (Properties) Limited against defendants who had been appointed as receivers over by way of equitable execution, the main allegation being that the receivers had been negligent in the performance of their functions  by selling assets at an undervalue.

In 2019, Marcus Smith J approved the receivers’ proposal to sell shares in the football club to a purchaser who would acquire the majority of its shares. The sale left a sum outstanding. In December 2019 the relevant parties reached a confidential settlement with the claimant.  Immediately thereafter Marcus Smith J heard an application as a result of which he discharged the receivership order. The receivers also sought their discharge from liability which resulted in orders being made as follows:

“5. Other than in respect of matters arising on the Final Account, the Receivers shall be released and discharged from all claims arising out of or in connection with the Receivership on 31 January 2020 unless such a claim is commenced by claim form before that date, or within such longer period as the Court may in its discretion on application allow.

Snowden J reviewed a substantial body of case law on the issue but considered much of it unhelpful to the circumstances of the case before him because it concerned receivers who were in office at the time: it was well established that permission was needed in such circumstances. Drawing on IRC v Hoogstraten [1985] QB 1077, CA, however, he concluded, citing Dillon LJ, that that was not the case thereafter:

“In my judgment, the authorities do not establish, and do not bind me to hold, that permission is required for proceedings to be commenced against a defendant who was a court-appointed receiver, but is no longer in office. As I have indicated above, in Aston v Heron and Maidstone Palace of Varieties, the receiver was still in office and the point did not arise. Although the receiver was not in office in Weston v Dayman and Glatt v Sinclair the point appears to have gone by default and was not the issue upon which argument appears to have been addressed to the Court of Appeal. It is also apparent that the only case in which the point appears to have been directly addressed, Re Botibol, was not considered in the judgments of the Court of Appeal in either of those cases.”

Permission not being required, Snowden J indicated that if necessary he would make a declaration to that effect. 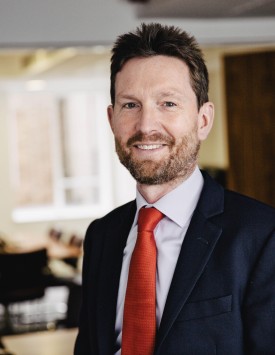