The Brake v Guy litigation has given rise to a number of judgments of no particular interest to the outside world (but if you think otherwise you can find them at [2021] EWHC 671 (Ch), [2021] EWHC 949 (Ch) and [2021] EWHC 1282 (Ch)). The latest judgment of HHJ Paul Matthews, Axnoller Events Ltd v Brake & Anor (Costs) [2021] EWHC 1500 (Ch), is of interest, however, as it considers the effect of the Debt Respite Scheme (Breathing Space Moratorium and Mental Health Crisis Moratorium)(England and Wales) Regulations 2020 made under the Financial Guidance and Claims Act 2018.

The Regulations provide protection from creditors through two types of moratorium: a breathing space moratorium of up to 60 days and a mental health crisis breathing space moratorium, which lasts as long as treatment continues plus 30 days. The effect of each is to stop a creditor from taking action on a qualifying debt or continuing such action (including enforcement) if the creditor has already commenced proceedings.

The judge had already decided in principle on 2 May 2021 that the Brakes should pay the costs of an unsuccessful recusal application. The issue before him was quantum. The Brakes contended that the order now sought could not be made because the mental health of one of them had given rise to a moratorium. The Guy parties claimed it was irrelevant for two reasons:  first because any debt that would be created by an interim payment order (which they were seeking) could not be a “moratorium debt” within the meaning of reg 6 and hence protected by reg 7; secondly, because, even if it were, they were not seeking at this stage to take any of the steps prohibited during the moratorium by reg 7(6) or (7): the making of the order would not of itself result in any enforcement action being taken.

The judge proceeded on the basis that the moratorium had begun on 7 May 2021.

He noted that the moratorium provided for by reg 7 applied only to a “moratorium debt.” According to reg 6, a “moratorium debt” was a “qualifying debt” which satisfied three conditions. It included “any amount which a debtor is liable to pay under or in relation to … a court judgment” (reg 5(3)(a)(ii)). The word “debt” itself was not defined.

The first of the three conditions for a qualifying debt to be a moratorium debt was that the debt “was incurred by a debtor in relation to whom a moratorium is in place.”. The second was that it was owed by the debtor when the application for the moratorium was made. The third was that a debt advice provider had given information about the debt to the Secretary of State. Each of those three conditions could not apply to a debt incurred after the moratorium was put in place; such a debt could not be a “moratorium debt.” When the court makes an order requiring a person to pay a sum of money, that creates a debt, but it does not arise until the court makes the order.

In the present case the judge had made an order on 2 May 2021 that the Brakes pay the costs in question to be assessed, if not agreed. That order created a contingent liability for an uncertain amount. It could not be enforced before being liquidated (by agreement or assessment). Thus, he held, the order of 2 May 2021 did not create a debt for the purposes of the Regulations. On the other hand, any order the court would now make ordering a sum to be paid on account would create a qualifying debt, but not a moratorium debt. Furthermore, the making of the order would not amount to enforcement action against Mr Brake. In the result the Regulations did not prevent the court making the order sought against the Brakes.

The judge recognised that  reg 15 of the Regulations created a procedure whereby a debt not previously known to the debt advice provider could become a moratorium debt, although he found,

“It is not clear to me whether, in order to become so, it needs actually to be a ‘qualifying debt,’ or whether it is enough that the debt advice provider so considers it to be. The scheme of the regulations seems to require the former. It is also not clear to me whether the procedure is intended to cover debts incurred in the future, or is restricted to debts incurred before the moratorium was put in place, but not then known to the debt advice provider or the Secretary of State. It appears from the parties’ submissions that they consider that it does extend to future debts.”

He found it unnecessary to decide the point in the case before him, since the debt in issue would not come into existence until the order was made, and, even if a subsequent debt could become a moratorium debt under reg 15, that process would not yet have happened.

In the circumstances making the order contemplated was not a prohibited step under the Regulations, even taking reg 15 into account. The judge ordered the Brakes to pay £15,391 by 4pm on 18 June 2021. 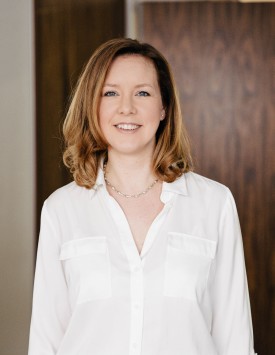