Whilst much is reported on concerning the economic consequences of Brexit, the issues of where this leaves various legal issues rarely seems to be aired or debated. With much law being initiated from Europe and either directly effective or adopted into English Law, consideration has be given as to the replacement regimes in both the short and long terms.

It is very much a question of ‘watch this space’ and history in the making as no EU member state has ever previously left the EU, although three territories of EU member states have previously withdrawn, namely French Algeria upon gaining independence in 1962, Greenland following a referendum in 1985 and Saint Barthélemy in 2012.

The relationship between the EU and domestic courts is often misunderstood. The EU courts are not in the nature of courts of appeal in the sense we would understand but give decisions on the meaning of EU Law when asked by a domestic court to do so. It is a matter for the domestic court to interpret and apply that decision. The EUWA sets out the relationship going forward between courts in the UK and EU the UK courts, save for the Supreme Court, shall- at least in the short-term -continue to be bound by EU laws and court decisions on the interpretation of that law made pre-Brexit. However, it is possible that post-Brexit, the UK courts from decisions interpreting the provisions made by the Court of Justice of the European Union (CJEU), once the UK is no longer bound by EU law and/or CJEU decisions.  It is, however, anticipated that post-Brexit, CJEU judgments will remain persuasive at the very least, if decided on equivalent law (as do decisions from other jurisdictions such as Australia, USA etc. albeit those are common law jurisdictions with perhaps more in common therefore with UK laws).

The English law and court system has long been the jurisdiction of choice for international commercial agreements, albeit in recent times there are several challengers to its pole position-such as Singapore. The High Court of Justice in London has historically been a global centre for dispute resolution, in a similar way to the City of London being a world-renowned financial centre.  Brexit could potentially weaken the position for both as uncertainty surrounding the outcome of Brexit has caused concern amongst some businesses.  For dispute resolution, this could lead to clauses in contracts being revised so that disputes are heard in EU courts including those in France and Germany rather than in the UK. This is reputedly already happening in new contracts.

However, on a more positive note, English law is likely to continue to be sufficiently flexible to deal with commercial and economic developments.  English law is relatively predictable, certain and business friendly and this will not alter post Brexit.  Compared to many EU jurisdictions, litigation in the UK is relatively speedy and judges are well-versed in proactively managing cases and making interim rulings where necessary.  Further, the English court system is widely respected for its independence and impartiality and is very experienced in dealing with complex international disputes, including those involving conflict as well as law and jurisdiction issues and the application of foreign laws.  EU Member State courts will still be required to respect and give effect to English governing law clauses in commercial contracts. Rome I and Rome II, the EU regulations on governing law, require Member State courts to respect a choice of law even if the law in question is not the law of a Member State. This means that Brexit should not make a difference to how Member State courts approach a choice of English law.  Further, the English courts will continue to give effect to English governing law clauses after Brexit.  The UK Government has publicly confirmed that it will implement both Rome I and Rome II into domestic law on Brexit, meaning that the rules on governing law in both the EU27 and the UK should continue to be relatively closely aligned.

When enforcing judgments, parties will need to look to the national law of the relevant Member State if there is a ‘hard Brexit’ as the Hague Convention would not apply.  Foreign judgments from Non-Member States (such as New York judgments) are enforced as a matter of national law in many Member States even where there is no formal reciprocal enforcement regime in place.  As a consequence, it is anticipated that English judgments would still be enforced in many major EU jurisdictions after Brexit, including France, Germany, Italy and Spain, albeit it may well be more costly and time-consuming to do so.  That said, the UK will lose the benefit of the Lugano Convention following Brexit and so there will be no statutory basis for enforcement of judgments of EFTA countries in the UK.

However, it is undoubtedly the case that having a simplified, uniform approach of widespread and often automatic enforcement of Member State judgments across Europe can be a huge benefit to judgment creditors.  Enforcement in some jurisdictions will be more problematic after Brexit if no new regime is agreed and parties will lose the convenience of being able to rely on a harmonised arrangement and will need to consider the issues on a case by case basis, based on an assessment of national law in each relevant jurisdiction.  In practice, only a limited number of cases ever go to trial and where they do and there is a judgment, insolvency petitions are more likely than cross-border enforcement actions.  Much will depend on the nature of the counterparty and where its assets are located.  The potential enforcement risk in some jurisdictions may concern some parties far more than others.

There will be amendments to the Civil Procedure Rules 1998 (CPR) as defined in the CPR (Amendment) (EU Exit) Regulations 2019.  Most notably, there will be changes to Part 6 CPR relating to service out of the jurisdiction.  Further, in late 2018, the government ratified the 2005 Hague Convention on Choice of Court Agreements (Hague 2005), in anticipation that should there be a ‘hard brexit’, there will be some certainty that contracting states (including the EU) will uphold exclusive jurisdiction clauses and enforce judgments in favour of other contracting states (including the UK).  However, Hague 2005 only applies where the parties have agreed an exclusive jurisdiction clause.  Therefore, where there is no such enforceable exclusive clause or else the subject matter of the dispute is outside the scope of Hague 2005, permission to serve out of the jurisdiction will be necessary, inevitably resulting in delays for such applications.

Arbitration will be unaffected by either a ‘hard’ or ‘soft’ Brexit since the principal legislation providing the framework for arbitration in the UK, the Arbitration Act 1996, is unaffected by EU law and so will remain effective.  Similarly, the UK will continue to be a signatory of the New York Convention, providing for the enforcement of arbitral awards, together with all EU Member States, post-Brexit. Consequently, a no-deal Brexit may result in a marked increase in arbitration clauses within contracts.

On the other hand, the EU Directive on Mediation which is applicable to cross-border disputes in civil and commercial matters, will be revoked upon Brexit.  The Directive is useful as it presently enables parties to convert cross-border settlement agreements reached by mediation to be converted into a court order by consent, so as to assist with any enforcement.  The new Singapore Convention on Mediation may act as a replacement, providing a global regime for the enforcement of settlement agreements.

Kirk Camrass is a Senior Solicitor at Moon Beever LLP.

If you have any questions regarding the article or would like some advice, please contact Kirk on kcamrass@moonbeever.com. 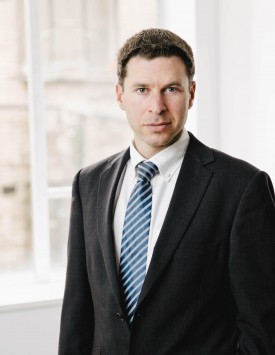