“Many commentators had expected British Steel to enter administration, the insolvency process that is routinely used to provide a moratorium before a company’s rescue as a going concern. It is significant that, as with Carillion, British Steel has instead been placed into compulsory liquidation by the High Court. This follows difficult negotiations between the company’s management, BEIS, trade unions, Greybull Capital and other lenders and no doubt reflects the strategic importance of the company and wider politics. The blame game has already started with the government and Greybull both criticised. The overwhelming dominance of China in global supply has been raised, as has customer uncertainty due to Brexit (despite the weak pound helping competitiveness).

There will be much analysis on the failure of British Steel over the coming weeks. However, the focus at the moment must be on the company’s 5,000 direct employees and wider supply chain. It is good to see that the Official Receiver and the three special managers appointed have already launched a support telephone line and started to approach creditors. The special managers have the necessary experience and the same powers as if appointed liquidators themselves. For now, operations will continue and staff will remain employed with costs treated as an expense payable from the company’s available assets. It is to be hoped that certain parts of the business can be saved and that clarity is provided as soon as possible for all concerned.”

Lexis Nexis quoted Christopher in its article published on 23 May 2019 here. 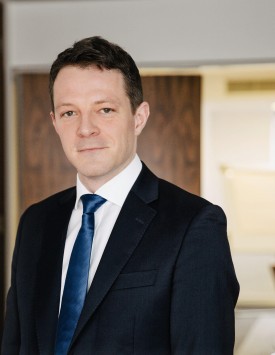 The EU Council may be preoccupied with how and when Brexit takes effect, but the EU Parliament continues to produce new legis...