The meaning of "value"

“The preceding provisions of this section do not give a remedy against any person –
(a) in respect of any property or payment which he received before the commencement of the bankruptcy in good faith, for value and without notice that the… bankruptcy petition had been presented,”

which, the judge described as a “material disapplication” of the general rule.

ICC Judge Prentis undertook a detailed review of section 284 and other relevant provisions of the Insolvency Act as well as the case law under both section 284 and section 127 Insolvency Act, noting the congruity between the two but also the substantial differences as well as the underlying, and in the case before him, competing policy considerations underpinning the statutory provisions: on the one hand the statutory scheme designed to ensure the preservation of assets and their proper distribution in accordance with the pari passu principle, on the other the need to provide a shield for those who had had innocent dealings with the debtor in the relevant period.

There was no issue between the parties as to the good faith of the respondents’ dealings with the bankrupt, nor was it contended that either knew of the existence of the petition on which the bankruptcy order was made. That meant, as ICC Judge Prentis observed, that the case centred on the meaning of just one word in section 284(4)(a), “value.” The trustee’s case, founded on section 339(3)(c) and the principles applicable to validating or ratifying a transaction that would otherwise be void, was that it had to mean direct value received by the bankrupt or, in the alternative, value from the bankrupt’s point of view. The respondents contended that “value” meant what it said and submitted that section 284(4) was a long-standing and principled shield for innocent third parties.

The judge decided “to take section 284 on its own terms.” He said,

“In line with the views of Millett LJ in re Dennis and Vinelott J in re Palmer […], it is clear from its context that section 284(4)(a) is a protective section designed to avoid unfairness. It is not an exception to the principles which must therefore be given restricted ambit, but a defence which is part of the principles. It can therefore be construed in accordance with its terms.

As a defence, it bears obvious resemblance to that of equity’s darling, the bona fide purchaser of the legal estate for value without notice. It is, though, wider, as not distinguishing between disposition of a legal and disposition of an equitable estate.”

Noting that the Act did not qualify the word “value” or contain “any explicit requirement that the value be received by the estate rather than a third party” and drawing on dicta of Lords Sumption and Neuberger in Akers v Samba Financial Group as to the equitable considerations protecting transferees acquiring in good faith and without notice, he dismissed the trustee’s claim,  acknowledging “the strength of the trustee’s argument that section 284 was designed to protect the estate for the benefit of a bankrupt’s creditors as a whole” but saying,.” As explained, that is not a supreme principle, although legislation which made it so would be perfectly justifiable.”

Judge Prentis’s decision provides an answer a point that has not previously been decided by the courts. It will be disappointing to trustees in bankruptcy but a welcome relief to parties who do find themselves in the position of having had innocent dealings with a debtor who is the subject of a bankruptcy petition of the existence of which they were unaware. A prudent party transacting with an individual could consider undertaking a land registry search to check for the existence of a petition to avoid problems of this kind. 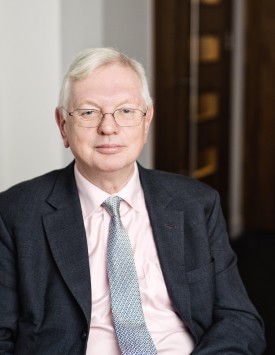