The tension between landlord creditor rights on the one hand and corporate rescue on the other that was at the core of Zacaroli J’s recent judgment in Lazari Properties 2 Ltd v New Look Retailers Ltd continues. The New Look case (now being appealed) `was about CVAs; Snowden J’s 12 May 2021 judgment in Re Virgin Active Holdings Ltd & Ors [2021] EWHC 1246 (Ch) deals with restructuring plans proposed by three Virgin companies to certain groups of creditors under Part 26A Companies Act 2006. It follows two prior judgments in the case, one given in connection with the convening of meetings of creditors ([2021] EWHC 814 (Ch)), a second on costs ([2021] EWHC 911 (Ch)); and that of Trower J last year in Re DeepOcean 1 UK Limited [2020] EWHC 3549 (Ch), the first case in which the new “cram down” jurisdiction was used. RedoKeyboard shortcut Ctrl+Y

All three Virgin companies were part of the Virgin Active group which operate health clubs which depended on membership subscriptions. Unsurprisingly, they experienced financial difficulties as a result of  club closures during the pandemic. Restructuring became necessary to cope with those difficulties. Part of that process entailed recourse to the new Part 26A restructuring plan, the only alternative to which appears to have been administration which was not thought to be in the best interests of creditors. The proposed plans provided for the varying treatment of the different groups of plan creditors. The broad effect was that the debts due to secured creditors would not be reduced in exchange for certain concessions. Although the landlord creditors would all rank pari passu, leases would be divided into five classes for the purpose of their treatment under the plans: classes A and B related to the most profitable leases which Virgin wanted to retain; class D and E leases related to loss-making sites which Virgin did not want to retain; class C leases fell into “something of a middle ground” in that they had produced a small profit before the pandemic but were now likely to be loss-making. The claims of what were described as  “general property creditors” were to be compromised in favour of a return paid out as part of the relevant plan.

Plan meetings were duly convened, and each plan was approved by those voting at all the class meetings of the secured creditors and the class A landlords; but none of the other classes voted in favour of the plans by the requisite statutory majority. There was one class of the class C landlords that voted in favour, but not by the required majority. In terms of value, however, the plans were approved by 72%-77% of votes.

Snowden J observed that power to sanction a plan under s. 901F Companies Act where classes voted in favour by the requisite majority generally replicated the power applicable to a Part 26 scheme; but s. 901G, “sanction for compromise or arrangement where one or more classes dissent,” now gives the court power to sanction a restructuring plan which fails to reach the 75% threshold if  is satisfied that, were the plan to be sanctioned, none of the members of the dissenting class would be any worse off than they would be under a “relevant alternative”  and at least one class of creditor who would receive a payment or had a genuine economic interest in the company in the event of the “relevant alternative” voted in favour of the plan by the requisite statutory majority. He identified three questions that fell to be considered by the court where s. 901G was relied on:

“i) Condition A: If the restructuring plan is sanctioned, would any members of the dissenting class be any worse off than they would be in the event of the relevant alternative? This is often described as the “no worse off” test.

ii) Condition B: Has the restructuring plan been approved by 75% of those voting in any class that would receive a payment, or have a genuine economic interest in the company, in the event of the relevant alternative?

iii) General Discretion: In all the circumstances, should the Court exercise its discretion to sanction the restructuring plan?”

He accepted in the case before him that the evidence showed that if the plans were not sanctioned, the companies would have no alternative but to go into administration, concluding,  “I am also satisfied that none of the members of any of the dissenting classes would be any worse off under the Plans than in [the likely] relevant alternative,” so that condition A was satisfied.  There was no dispute that condition B was satisfied. He referred to the approach to the exercise of discretion of Trower J in the DeepOcean case, examining a wide range of issues relevant to the exercise of the discretion, concluding that, in all the circumstances, the discretion should be exercised in favour of sanctioning the plans.

The Virgin judgment, another dense and closely reasoned piece, may be seen as another blow to landlord rights, but like the one in the New Look case, it covers a lot of fact specific material; so, whilst providing valuable guidance on the approach to be taken to the new Part 26A powers, it should not be seen as indicative of a judicial trend that goes beyond the usual application of the legal principles to the circumstances of the case. 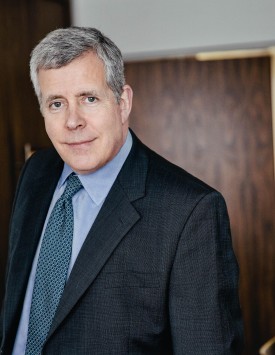